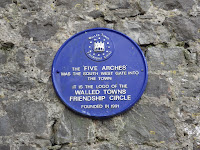 Peter Osborne, MBE founded the Walled Towns Friendship Circle in 1989 in Tenby and was its President until the year 2000 and continues as Honorary President for Life of European Walled Towns. In 2016, he provided a fund to create Grants for Young People and Education in Walled Towns. Walled Towns Heritage has been created to administer the grants and with 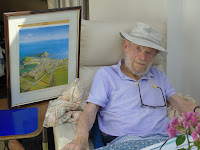 we can announce that grants have been made for the education of young people in five walled towns in Great Britain and Ireland: Berwick-upon-Tweed, Caernarfon, Conwy, Chester and the City of Derry/Londonderry. In all, over 80 percent of the funds have been disbursed. The Friends York walls has self-funded a parallel initiative and provided invaluable technical educational support. The North Wales Walled Towns Friendship Link is coordinating the projects in their area, a Bristol old walled city project is in prospect and a Symposium and continuing network to sustain the initiative is planned for 2022. 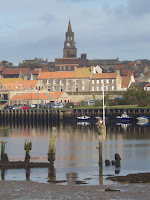 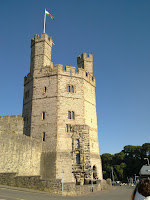 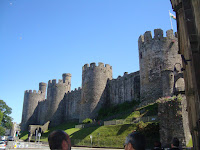 In Berwick-upon-Tweed, West Street Junior School is being funded to implement an historical diary project (adapted from one designed for York schools) for level 3 learners centred on the fortress town for the Summer term 2022.

For Bristol Old City, a scheme to explain the significance of 2023 as a 650 year anniversary of the independent County status of the town and city is projected (no grant committed as yet).

In Caernarfon the Humanities department of the Ysgol Syr Hugh Owen, will create a full unit of work over the summer term for all year 7 learners. With 90% Welsh speakers the medium will be Welsh and the project will culminate in a visit to the walled town by coach and boat with an excursion to Conwy as well. The School e-magazine will report the events.

In Conwy,a similar project will involve pupils from the Ysgol Aberconwy.

For Chester and potentially other walled towns,

the Chester Museum has commissioned a virtual reality exploration and tour of towers in the city walls for the use of schools with ‘Hi-Impact’. 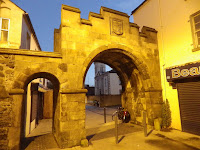 In City of Derry/Londonderry the Friends of the Derry Walls has initiated the design of a souvenir guide to the full and varied history of the City of Derry and its ‘London’ walls for the use of its local schools. The grant will also act as a catalyst for further fundraising for urban archaeology. 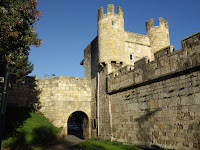 In York, the Friends of the Walls is implementing the diary project designed by former Ofsted Inspector, Bill Hill.

So Happy Birthday and unbounded thanks, Peter.

With love and best wishes