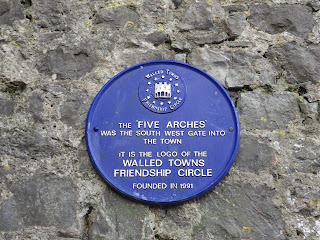 Delighted to pass on news http://www.tenby-today.co.uk/article.cfm?id=109067&headline=Walled%20Towns%20honour%20for%20Tenby&sectionIs=news&searchyear=2016
that Tenby has accepted the honour of being made Honorary Founder Member Walled Town of European Walled Towns (originally the Walled Towns Friendship Circle) Congratulations.
So how to get to Tenby? Try this link 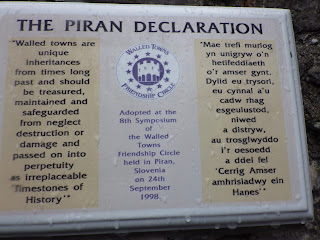 No comments: Posted by dnemb at 16:19
European Walled Towns Symposium in Holland and 'INTERNATIONAL SYMPOSIUM KALAJA' in Montenegro.

Hellevoetsluis, Holland was a fortified naval port, and is now re-envisioned as the distinctive residential and commercial centre of a  new town in the Netherlands.

Ulcinj/Ulqin the most southerly walled town and resort in Montenegro. It's fine sunset silhouette was reflected in the Symposium logo, in an autumnal midday sun it seems at peace beside it's resort centre but at dawn it is thrillingly golden.(scroll down) Reports and presentations to follow. 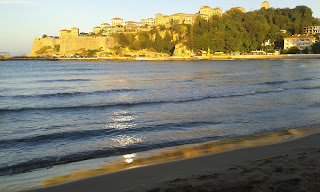 Lines of Defence - Fortification Drawings of the Baroque Age May 13, 2016 University of Malta
See details on EWT website 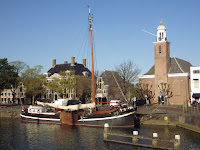 Hellevoetsluis is the classic Dutch town - more water than town: it is a fortified port but has everything you would expect of a town in Holland (except perhaps a railway). it is not too far but a world away from Rotterdam. Late September, Hellevoetsluis will host 26th Walled Towns Symposium -  an intensive one and a half day conference with a special event, a range of papers and workshops as well as time for networking - watch this space europeanwalledtowns .org and Facebook for more details and booking. 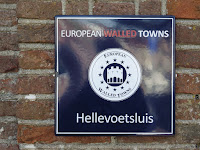 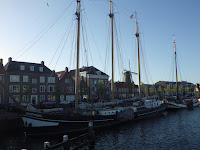 No comments: Posted by dnemb at 22:25
Thanks CILT (Chartered  Institute of Logistics and Transport ) Scotland for inviting me to Stirling to talk about Walled  Towns. I now appreciate even more Stirling's own walled  town credentials. Making best use of the public space for people within  every walled town was the theme. Full .pdf of slides will be linked here soon.
Thanks to Cross Country for sponsoring my travel up and down to Edinburgh  from Bristol.  Time keeping and staff service both impeccable.
Labels: Scotland, shared space, Stirling, walled towns

David Bruce will give a keynote paper on Bristol's High Cross and Town Walls (See link to full draft paper and below for abstract) at the Hidden Heritage (click to book) one day conference in Saturday 9th April 2016. European Walled Towns Members welcome.

mrwatson64 writes "There has been much excitement in the [Hidden Heritage]conference office and we can't wait to get the final preparations sorted. ... ; we have 17 speakers from the UK and several European countries
Read more »
Labels: bristol, Bristol Old City, Bristol's High Cross, City and County of Bristol, Hidden Heritage, town walls, walled towns

The Road on from Ravenna to Hellevoetsluis

No comments: Posted by dnemb at 18:10
European Walled Towns successful AGM and seminar in Ravenna this October has created a platform for activity to serve the interests of its member towns and associate members.
The new election of Drs. Veronica  Stern is particularly welcome.. Boring but important Constitutional matters made significant progress in Ravenna with the application to became an NGO registered in Malta The application  was  submitted in early November - we hear it is under formal consideration by the Registrar. In the meantime a Treasurer has been appointed, who will be working to produce an Account for 2015. See European walled towns.organisation for the President's New Year message.  The 2016 Symposium  will be in Hellevoetsluis in late September.  Programme and invitations to participate will be circulated soon.