Ghent EAUH "Town Walls do not a Prison Make..."

No comments: Posted by dnemb at 15:46
"Town Walls do not a prison Make..." is a title of a paper given at the 10th European Association of Urban History Conference in Ghent on 1st-5th September. Arabarri has kindlky made link available on TEKNET. It puts the ARCHWAY results into an Urban History context of the Braun and Hogenberg Urban Atlas of 1572-1617.Walled towns featured extensively not just in the session in 'Walls' to which I contributed. Many of the several hundred presentations and papers would be of interest to members of the Circle.The EAUH website is www.eauh2010.ugent.be
Labels: ARCHWAY, Braun and Hogenberg, bristol, eauh, Ghent, town walls, walled towns

No comments: Posted by dnemb at 12:34
Historic Towns Forum have published an introduction to my contribution to their conference in Ireland this week, which sadly has been cancelled. It is in their May newsletter - comments are welcome.
Optimising tourism in ...

No comments: Posted by dnemb at 16:15
1) I am working on an 'international good practice' paper about optimising not just maximising tourism in historic towns for a HistoricTowns Forum conference in Youghal, Ireland in mid May 2010. Draft paper will be made available for comments.
2) I have had an abstract accepted for a UWE Regional History Centre conference on 'Bristol Second City' for July 2010. Topic is 'How Braun and Hogenberg’s (1572-1617) view of Bristol among 400 other cities of the world may have affected Bristol’s history to date and into the future". Similarly a draft will be avialble here
3) I am presenting a paper at the European Association of Urban History Conference in Ghent at end of August 2010 "Town walls do not a prison make: uses to be made of surviving or traceable historic Town Walls in 21st Century towns and cities." A proposal and later a  draft will be avialable here. 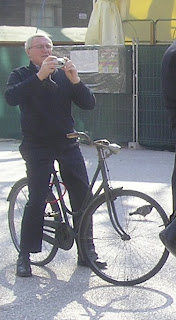 Congratulations, Peter van Roosmalen of  s'Hertogenbosch (den Bosch) on your election as President of Walled Towns Friendship Circle and on starting work with a co-ordination group.