Walled towns in the United States?

No comments: Posted by dnemb at 18:28
Interesting note found about the town of St Augustine in Florida. Although the town was only defended by walls across the peninsular base for a period in the eighteenth century, the prime defensive structure - Castillo de San Marcos - remains in good repair as the article by Tom Brennan illustrates. The link is from the 'Fortified Places' website run by Dominic Goode, welcomes contributions.
Other former walled towns in the US include: 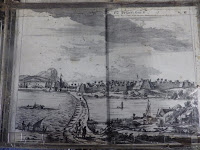 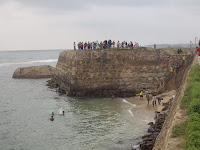 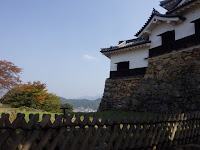 A road to Ravenna

Great to be here among walledtowns friends. Four days to get here but quite an enjoyable journey: by train and ship and 250 kilometres cycle. The  climax was the St  Gotthard Pass - not the ascent (just hard) or the summit - a bit of an anti-clmax - BUT the terrific, at time ghastly descent by cycle on rough cobble stones round enumerable hairpins to Airolo - over a thousand metres in 12 kilometres: photos to follow


David Warburton of the City of York and Historic Towns Forum  is to give the keynote address on  ‘‘VIEWING YORK’S WALLS IN THE PAST, THE PRESENT AND THE FUTURE’’.
All delegates from walled towns are invited to bring short presentations 5-10 mins about their towns download latest programme details - see events page 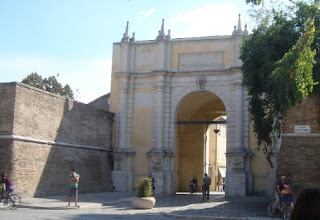 www.europeanwalledtowns.org is the new website for European Walled Towns. 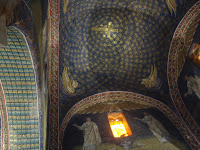 See Walled Towns Events.
Ravenna is itself walled but famed principally as the World Heritage City of Byzantine Imperial power in Italy
with churches and stunning mosaics to show off.

No comments: Posted by dnemb at 15:57
Visiting deepest Bulgaria - 30 kilometres East of Veliko Tarnovo, have been listening out for a nightingale 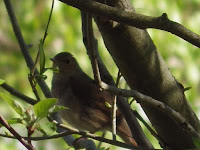 and I'm reminded of the EWT Exec, hosted so brilliantly by Narva and including a visit to the Russian fortress across the river - Ivangorod. There we were greeted by the most aggressive chorus of nightingales, one of which I captured on camera and sound

No comments: Posted by dnemb at 22:34
Irish Walled Towns Network has circulated report from a seminar day in Carrick-on-Suir:
http://www.heritagecouncil.ie/fileadmin/user_upload/Publications/Irish_Walled_Towns/Solving_our_own_problems_final_report.pdf Well worth downloading and reading for any walled town.
Labels: Ireland, IWTN, Town management

No comments: Posted by dnemb at 10:54
Excellent post on history of Walled city and enclave of Ceuta on North Coast of Africa but as Portuguese is not a language I can read easily I have used automated translation into English to produce a .pdf version which I am making available here.
Please visit the original website to pursue matters further: https://historiasdeportugalemarrocos.wordpress.com/2015/05/12/fortificacoes-portuguesas-de-ceuta

No comments: Posted by dnemb at 21:50
Some movement now. See http://www.walledtowns.com
but check provenance of posts. 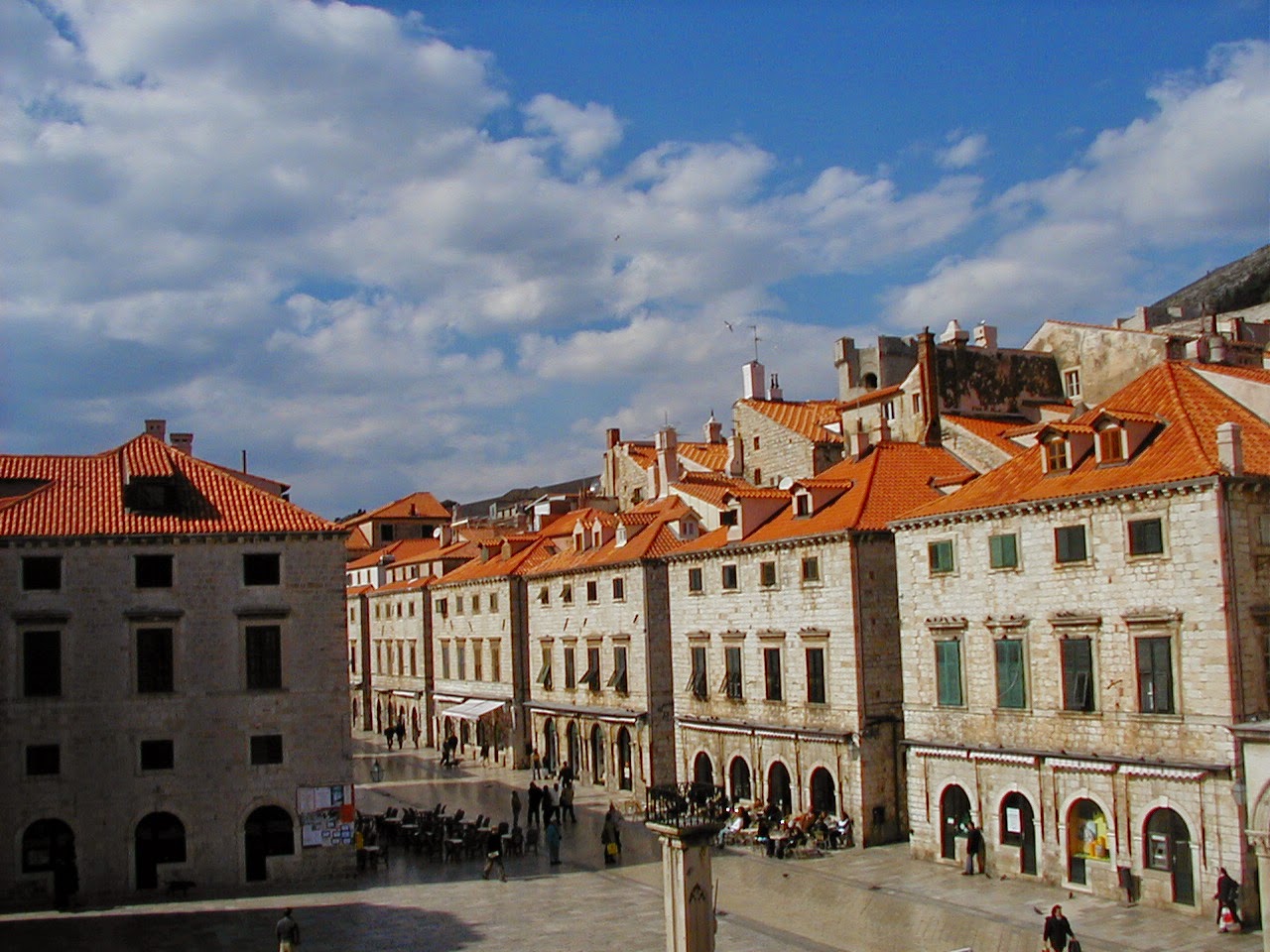 Dubrovnik takes "this opportunity to kindly invite you to participate in our process of cultural transformation and co-create ideas of a future Dubrovnik." Following Valletta's successful bid for 2018, Dubrovnik represents different and important features that will make it a great and truly European Capital of Culture in 2020. "The concept of Dubrovnik's candidature is “City in the Making''. The concept builds on the dynamic principles of co-creation, mediation of dialogue, and ExChange (change through exchange). Accordingly, Dubrovnik's candidature is based on four thematic pillars: reclaiming public space, releasing creative energy, redefining identity, and reconnecting Dubrovnik with Europe and the World." See letter from the city for more deatils of bid and also my brief walled town description. 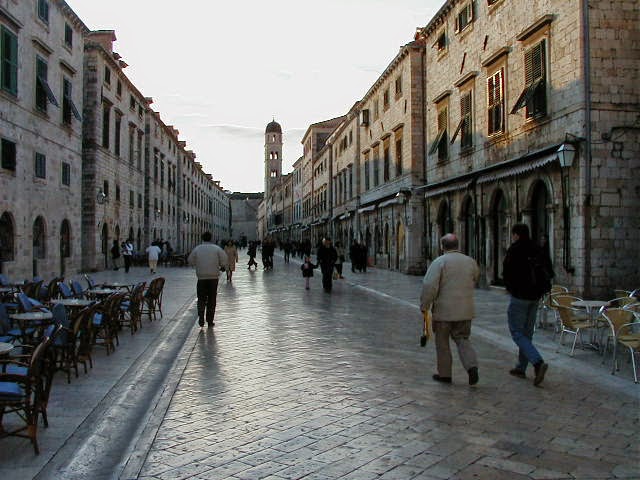 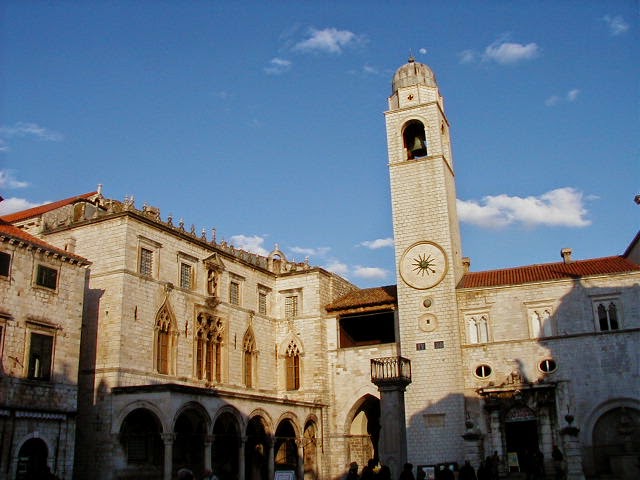 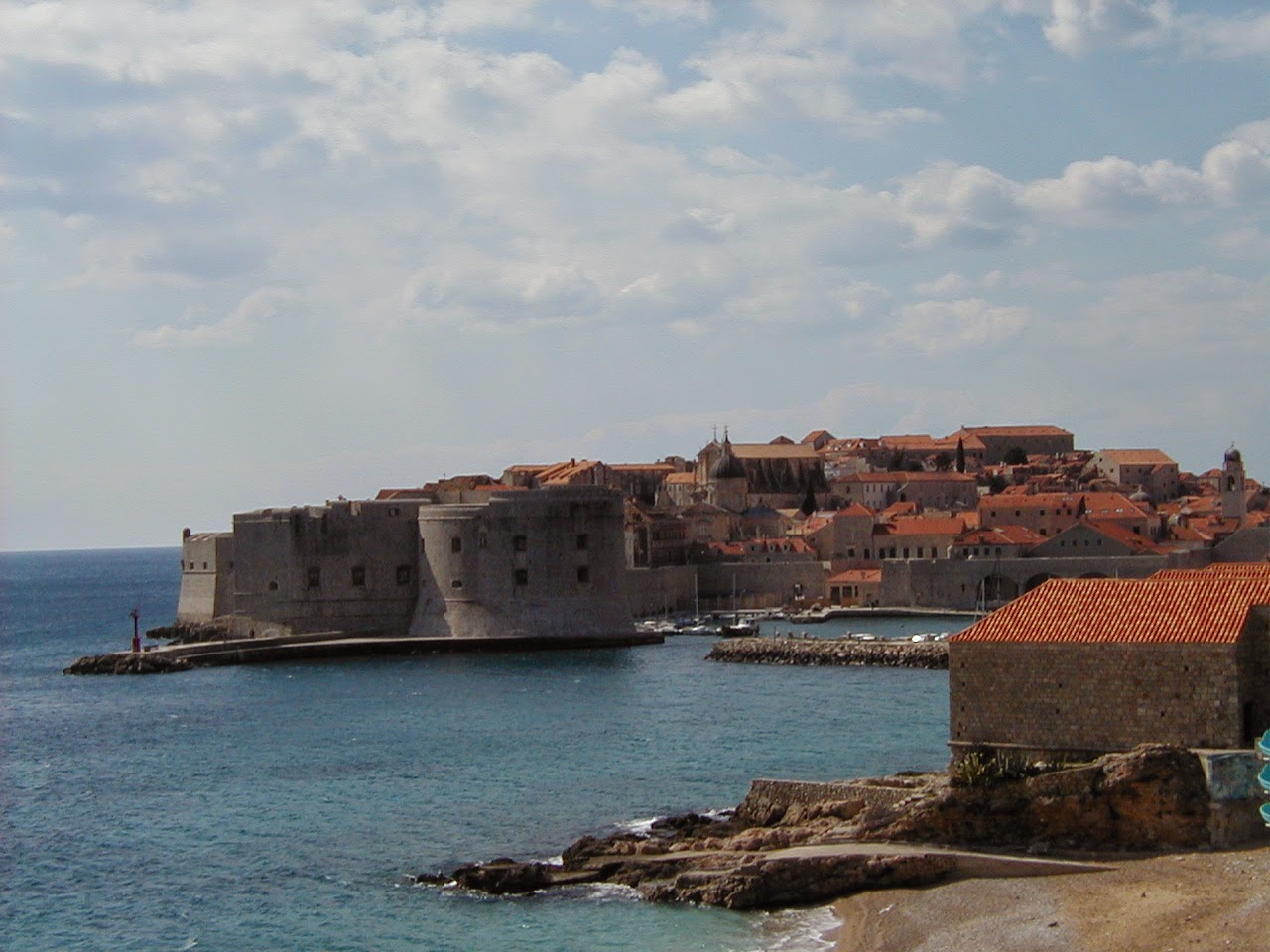 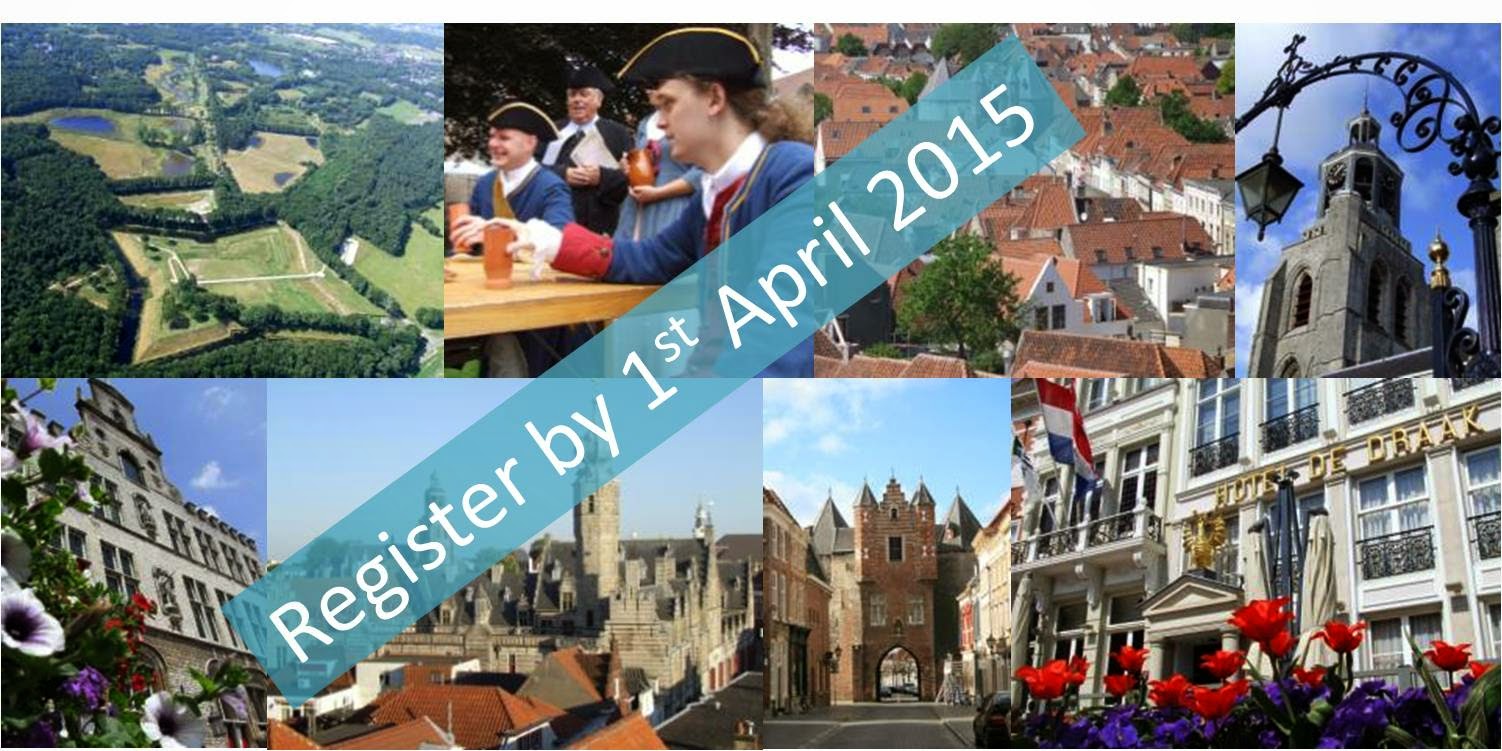 Register by clicking here. Looking forward to a good turnout for important meeting for future of EWT  See version of full flyer with how to get there by train (and plane) Bergen-op-Zoom in the South of the Netherlands - nearer Antwerp (in Belgium) than Amsterdam - looks a fine place to visit and company will be excellent as always!
Labels: Bergen-op-Zoom, EWT, Netherlands, walled towns 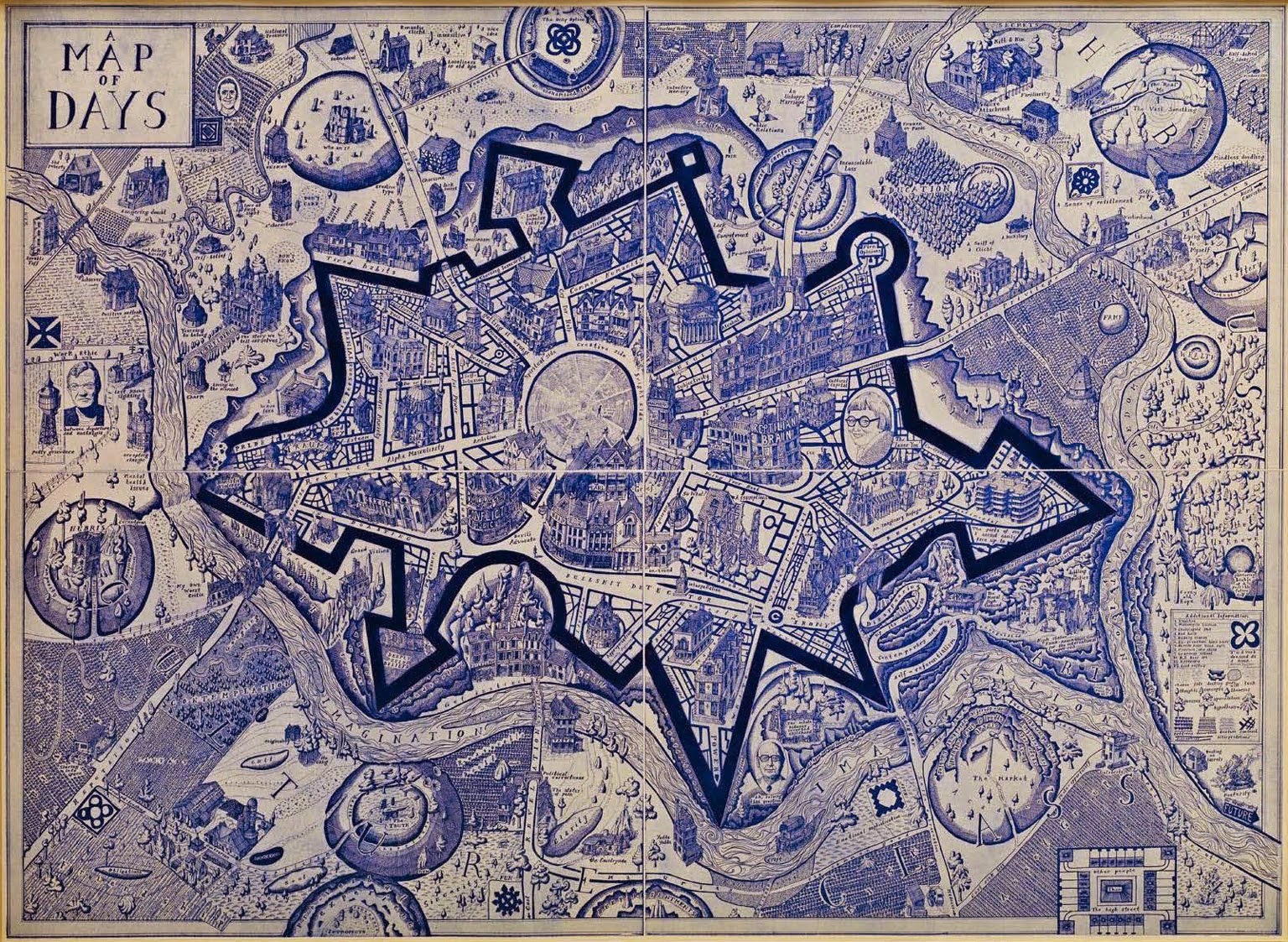 Matthias Ripp from Regensburg opens discussion of World Heritage Cities with his valuable model of an annual network report; I've also just discovered Grayson Perry's (Turner Prize winner) amazing walled city metaphor self 'portrait' called Map of Days newly acquired by Bath's Victoria Art Gallery thanks to their Friends and the ArtFund. You really need to see the original to find your way round the streets, rivers and features, named for his personality traits but you may be able to make out some on the bigger version below. His inspired re-imagination of the walled town for the 21st Century suggests the basis for a 'walled towns in art and culture' exhibition at a future Symposium perhaps at the World Heritage City of Valletta or even the Lowry inspiring Berwick-upon Tweed.

Very sad to have to report death of Linda Thorpe but I have found a lovely picture of her taken in Ozmangazi, Turkey in 2009 and Vicky Macdonald has contributed a splendid appreciation see obituaries page.
Labels: Conwy, North Wales Link, obituary, Ozmangazi, Wales EWT, WTFC

No comments: Posted by dnemb at 18:15
Welcome to EUROPEAN WALLED TOWNS for Friendship and professional Co-operation. Next Exec and AGM is at Bergen-op-Zoom  [FROM Joseph Spiteri President Jan 2015 "Please note that at the moment we are experiencing a technical problem with the website, which could very well be a hacking attempt. I have discussed the matter with the person responsible for running the website, and I am actively enquiring about a completely new website and more user friendly. You will find the executive meeting programme which is to be held in Bergenopzoom in the Netherlands on our facebook page. I apologise for any inconvenience which this problem may cause."]
See 'About EWT/WTFC...' .This post first published 5 Nov 2011 now amended and updated. For further photos from Lucca and a list of current EWT members read on...

No comments: Posted by dnemb at 18:26
The Civic Trust and the UK Government Department of Transport have just issued revised guidance for the design of streets where people and traffic mix. It is highly recommended and Street Design for All is available through this link. It is a shame that none of the examples of good practice quoted are from walled towns - Chichester, Chester or York might have been cited but have not sufficiently carried through the 'de-cluttering' of their mixed use streets. 'De-cluttering' means doing without or removing all those signs and anti-pedestrian barriers so loved by 20th Century Highway Engineers. 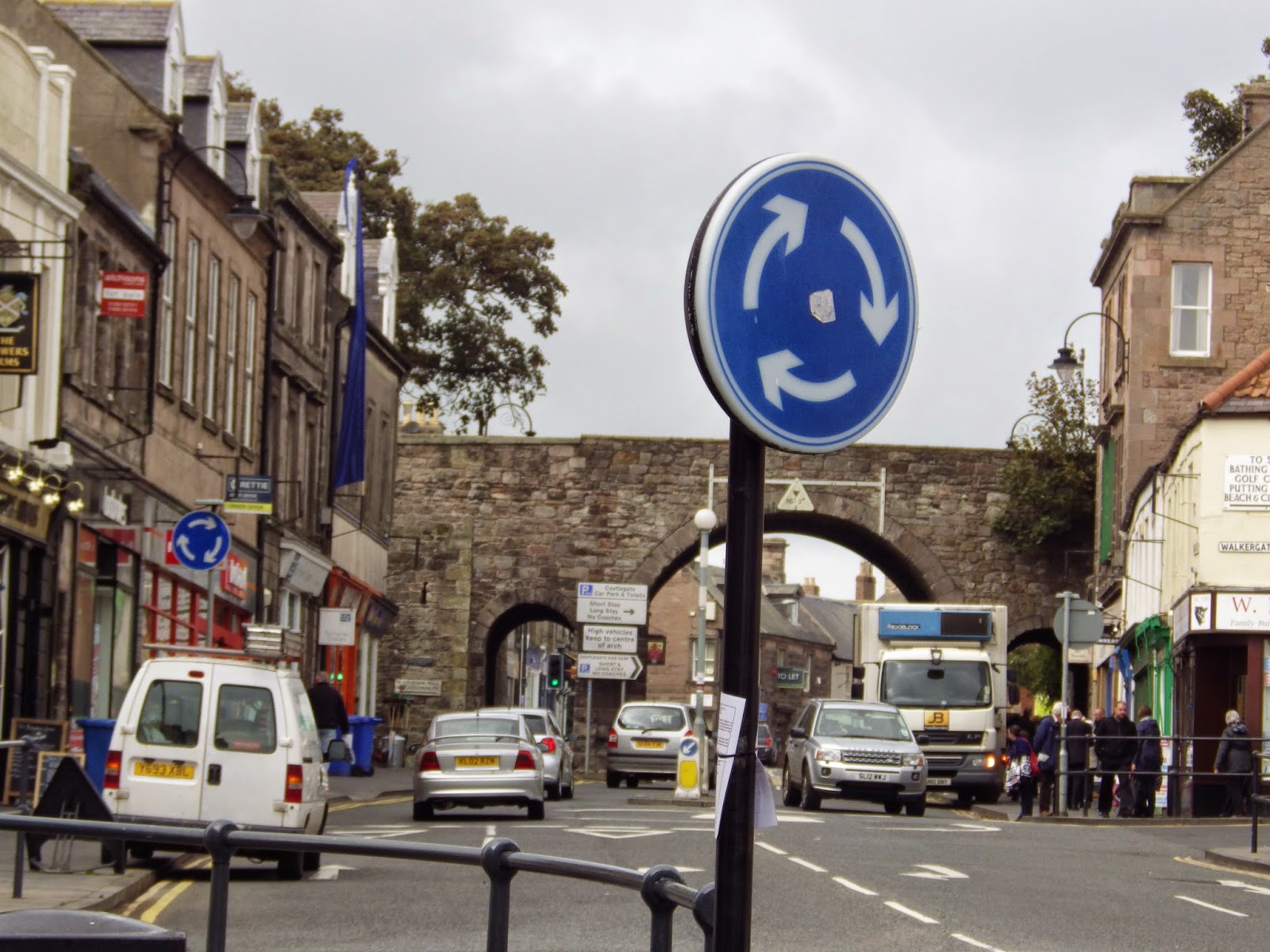 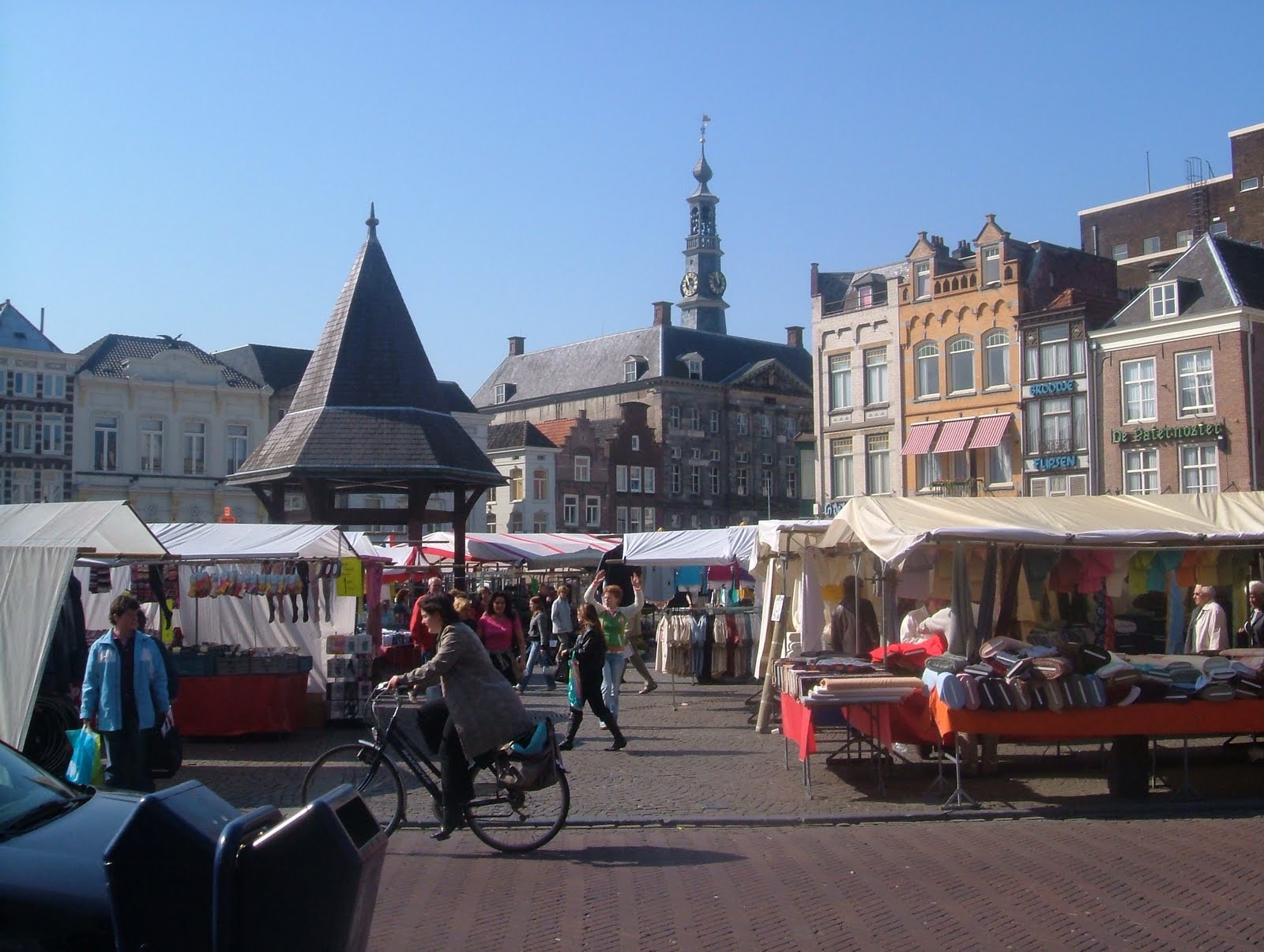