Piran has reported to the EWT at the Chichester Symposium.
"As a result of Piran membership to EWT and owing to the importance of Piran declaration, its plaque can be seen on Piran walls, we are witnessing to a growing awareness of the importance of cultural and historical heritage, especially that regarding the City walls." said Piran's spokesperson - the rest of the report is available here.
MEMBERS EXCHANGE OF ACTUAL DEVELOPMENTS from MUNICIPALITY OF PIRAN (For Slovene version see here)

As a result of Piran membership to EWT and owing to the importance of Piran declaration, its plaque can be seen on Piran walls, we are witnessing to a growing awareness of the importance of cultural and historical heritage, especially the regarding the City walls.

The achievements during this term, especially in the last year are as follows:

The Municipality of Piran has joined as a partner to the project of cross border cooperation 2007 - 2013 under the name "Adriatic fortresses and military areas" - ADRIFORT. This is a project amounting to more than 2 milion euros and is led by the Veneto Region. It involves 12 partners from 6 countries. The Municipality of Piran will present the case of Piran Walls, as the Innovative socioeconomic re-use of the specific “cultural and environmental heritage of military fortresses” and will participate to a comparative analysis of fortresses good governance.

In the framework of this project is going on also a contest of the best city walls photos, organized by the local tourist association of Portorož.

The awareness takes place also in schools. A fine example is the kindergarten Mornarček Piran. Our children took photos of the city walls and the municipality helped them to issue the beautiful photos in a special cover.

The raising of the awareness extends also to entertainment and music.

In the park below Piran town walls takes place, for the third year now, from mid August to mid-September a City walls Festival. The Cultural and Artistic Association Esko organizes a very special event, which consists of several types of musical performances, while the visitors on a tour of our walls can visit also exhibitions of works of art ( of young and promising artists).

But the Piran City walls have been promoted in a very special way on the occasion of the July visit of the EWT President, Mr Josef Spiteri. In fact we had the honor to host Mr Spiteri in a very high-profile event The flight of a Princess from the Piran bell tower, that attracted a lot of the attention non only of local but also national and cross border - international media. Thank you very much Mr President. 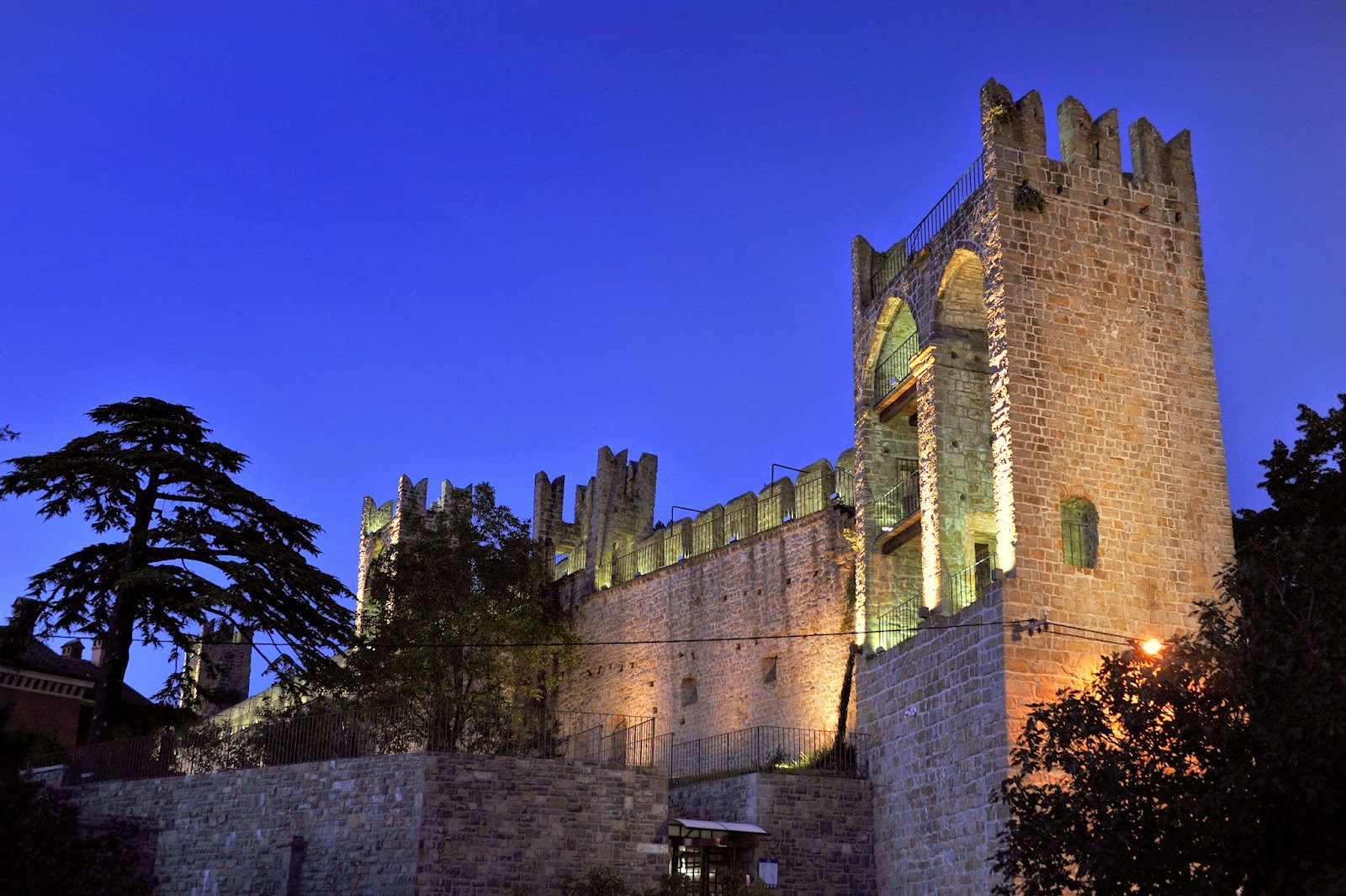