Happy Christmas and a prosperous New Year to all Walled Towns 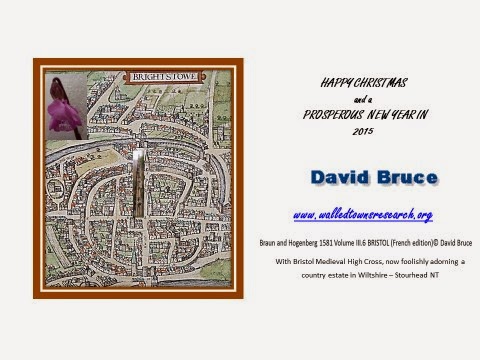 The Twenty-five Year Anniversary Illustated Timeline leaflet of the European Walled Towns (originally Walled Towns Friendship Circle) is linked here
'Brightstowe' in 1581 is Bristol now and its walls are largely hidden but the Old City still values its history and its markets - the grand 25M high High Cross languishes in a garden in Wiltshire - would be great to see it back in the centre of Bristol qiute complicated to persuade both City to ask for it and the National Trust to release it.
Labels: Bristol Old City, Bristol's High Cross, EWT, WTFC